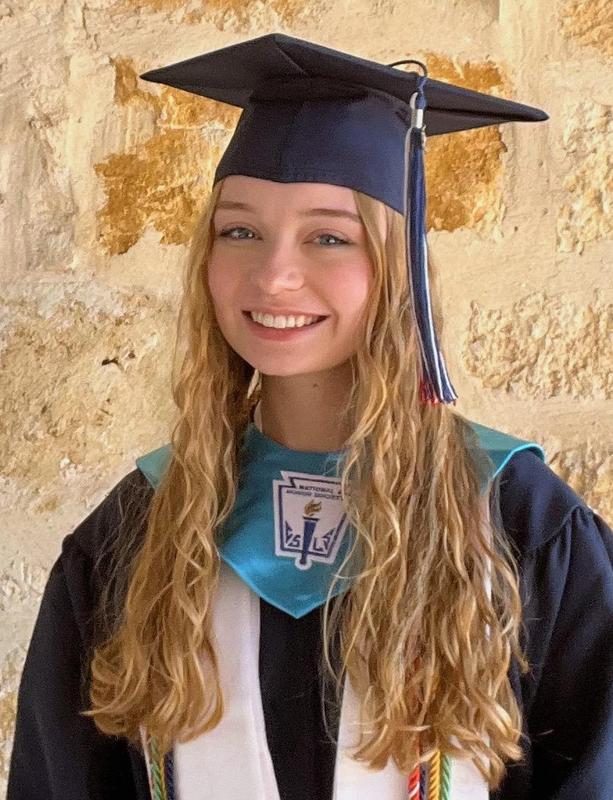 Comal ISD’s Smithson Valley High School class of 2022 has a new Valedictorian, Ava Roat. District administrators have apologized to Ava for a miscalculation which initially placed her as salutatorian of the class of 706 graduates.

District administrators have apologized to Ava for a miscalculation which initially placed her as salutatorian of the class of 706 graduates.

“She has methodically developed her knowledge, skills and leadership ability to successfully present herself as a true, independent, professional leader. She is the kind of student that impresses people from the start,” Epley says. “She comes prepared from the beginning and continues to maintain a high standard of performance.”

This achievement is not by chance for a student who has worked hard to not only be successful academically but also as a leader who places a big emphasis on making a difference on her campus and in her community.

“I’ve always been driven academically,” says Ava, who graduated with 63 college hours which she completed through dual credit, UT On Ramps and AP classes, while working part time and volunteering. “I look at my parents who have modeled the value of hard work. I don’t ever want to settle for anything but the best that I can give.”

“She was a staple for working with her peers and keeping the class on target,” Giordanelli says. “It is hard to explain why, but she makes everyone else in the class better. She is always asking relevant questions and her work ethic rubs off on others.”

Ava began her academic journey with Comal ISD in the eighth grade when she attended Smithson Valley Middle School. She made the move to the public-school setting in order to have access to extracurricular activities and rigorous courses.

“In the eighth grade, I was quiet and reserved, but I have become more confident as I continued to take classes with the same students,” she explains. “Every year, I have gained more confidence.”

Ava not only gained confidence she sought ways to challenge herself, becoming involved in several student organizations at SVHS including Humans of SV, the Key Club, National Honor Society, Spanish Club and SURE (Students United for Respect and Equality).

She served as the president of both Humans of SV and the Key Club this past year, and with this added responsibility, she honed her leadership, public speaking and time-management skills. These organizations also gave her the opportunity to serve both the campus and the community through various service projects.

One of those projects was the campus recycling program which was organized through Humans of SV. For two years, Ava volunteered weekly to pick up the recycling from each of the more than 200 classrooms on campus. Some days, this task took hours to complete.

“It was something I really enjoyed doing,” Ava says. “I really felt like I was making a difference.”

As president of the Key Club, which is a service organization and the student arm of the Kiwanis, Ava saw a huge increase in membership which motivated her to work harder in order to keep interest high. One of her favorite service projects for Key Club was a successful Diaper Drive for St. Jude Children’s Hospital. Students collected baby products including diapers for the patients of St. Jude, and this year’s collection tripled the amount collected last year.

“Being involved in student organizations on campus,” says Ava, “provides you with a sense of community. Being on such a big campus, these organizations provide you with the opportunity to gain a sense of purpose.”

She is excited about the next chapter in her education. She will attend Baylor University in the fall, majoring in biology and Spanish with plans to attend medical school following her undergraduate degree. Additionally, she wants to use her Spanish degree to help patients feel more comfortable speaking in their native language about their health, which she believes will result in better medical care.

In fact, Ava says that through her experiences at SVHS, she has found a way to use her voice to advocate for people who are not able to stand up for themselves.

“I have become more aware of what is happening around me,” she says. No doubt, this awareness will continue to serve as a catalyst for Ava to make a difference in the world.

-Comal ISD announced that Ava Roat is the Valedictorian of the Smithson Valley High School class of 2022.